Twitter’s new Shopify integration is a bold step towards easy in-app commerce, but what does this mean for marketers? Possibly the most exciting collab since Professor X showed up in the Multiverse, Twitter’s partnership with Shopify will make purchasing from the social platform seamless and is predicted to give Twitter’s bottom line a big boost. Here’s how marketers can leverage this integration to improve social commerce ROI and make more of their Twitter advertising strategies. 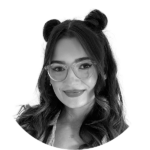 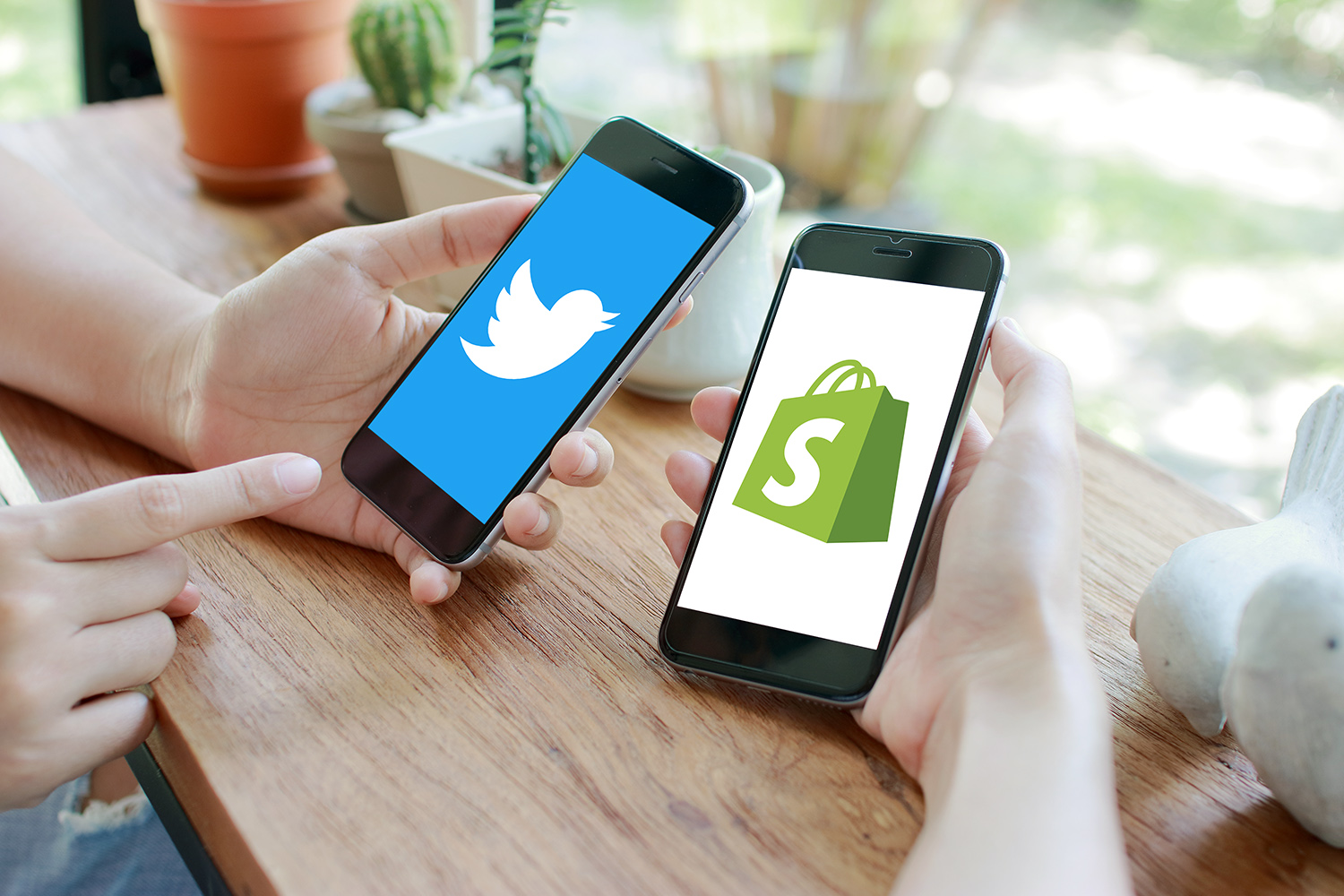 As far as social commerce goes, Facebook and Instagram have long reigned supreme, with Twitter lagging behind and holding on to its roots as a social platform first. But, times are changing. Twitter Shopping is the latest development to take hold on the bird app, with the idea being that merchants can turn conversations into commercial conversions. Additional Twitter Shopping features like Product Drops will make it easier to access deals first, before hot products sell out, and there’s more to come in the pipeline. So, how will this affect you and your social commerce strategy?

What is a social commerce strategy?

First things first, let’s get to grips with social commerce strategies. There’s a good chance you’ve been creating them without even knowing, since it seems as though the Facebook and Instagram shops have been around forever (spoiler, they haven’t). So, don’t let the jargon throw you off if you haven’t been calling your social media strategy ‘social commerce’.

In essence, social commerce is the name given to commercial transactions that take place on a social media site. Most of us have bought something on a social media platform at some point due to successful brand positioning and well-targeted ads. In fact, in 2022, social commerce sales worldwide are due to exceed $958 billion US dollars, and they’re forecasted to tip over the $1 trillion mark in 2023 (Statista). With numbers like this, if you’ve got a product to sell, social media is a great place to do it.

Why is Twitter’s collaboration with Shopify significant?

Given that social commerce has been around for quite some time now, you’d be forgiven for wondering why Twitter x Shopify is significant. If anything, they seem late to the game, right? Well, not necessarily. Twitter is unlike most other social media platforms. First of all, it’s not part of the Meta conglomerate, and secondly, it’s well known as the platform to have conversations, more specifically with people you don’t know. It’s also evolved into a platform people use to talk to brands and air grievances, but it’s not known as an ad-heavy platform.

Ads are the main way businesses engage in social commerce, and there’s a good chance you’ve run paid campaigns on the likes of Instagram and Facebook before, but Twitter has remained a conversational platform above a commerce platform. The Shopify x Twitter collaboration isn’t designed to turn Twitter into a Facebook 2.0; it’s designed to make life easier for merchants who want to make the most of the platform. In 2021, Twitter said there were more than 6.5 billion tweets published that mentioned businesses, so the natural next step when people are talking about a business is to allow them to complete a transaction at the same time, and that’s what this collaboration does.

Shopify’s Director of Product, Amir Kabbara, said: “Reaching potential customers where they are is critical to the success of Shopify merchants. Twitter is where conversations happen, and the connection between conversations and commerce is vital.

“Our partnership with Twitter, and the launch of the Twitter sales channel, will let merchants seamlessly bring commerce to the conversations they’re already having on the platform.”

According to Twitter Business, “With our Twitter Shopping ecosystem, we’re investing in features that empower businesses to put their products in front of their customers and drive them to where they can make a purchase.

“This partnership with Shopify is an important step in helping merchants unlock opportunities to reach shoppers on Twitter at those precise moments of discovery, inspiration, and consideration.”

Both parties seem pretty excited about this collaboration, and rightly so! It’s a big step for both Twitter and Shopify. Twitter has made no secret of its plans to entice more ecommerce brands onto its platform, diversifying its audience base and allowing customers to continue to enjoy the seamless experience they currently enjoy with brands on Twitter. Notorious for being a quick, fly-by-the-seat-of-your-pants platform, it’s hoped that this collaboration with Shopify will only add to the convenience users currently experience.

In terms of significance, our social media Brain Farhiya Ali outlined why this is a big move for both platforms and what it could mean for users:

“Shopify’s partnership with Twitter means that merchants can now scale their e-commerce stores and expand their channel reach by being able to sync both sales channels. This allows merchants to not only reach their target audience and potential shoppers on a larger scale where conversions are already taking place, but also enables business owners to turn their data-driven insights into key deliverables to maximise their sales and lead generation goals.

“All merchants can now highlight their products on their Twitter product with Shop Spotlight or Twitter Shops to not only build brand awareness and drive product discovery, but also find new customer opportunities to increase conversions by taking part in trending topics on the discovery page, all for free!”

The Twitter Shopping platform will have different sections that work in tandem.

To start with, Twitter Shopping is only available for merchants operating in the US, but if the rollout is a success and proves to be popular, it will more than likely expand into the global market. As it stands, though, you won’t be able to access this feature unless you’re a US business, in which case you’ll need to start by downloading the Twitter sales channel app from the Shopify App Store.

Once you’ve got the Twitter sales channel app, you can begin setting up shop.

Twitter and Shopify have worked together to make life as easy as possible for businesses wanting to take advantage of the new commerce platform, and the main way they’ve done this is by syncing product catalogues on Twitter with what’s on the Shopify store. This means when your products change, you don’t need to go through and manually update your Twitter store – it will automatically change as the Twitter Shopping Manager syncs to reflect your Shopify offering. This differs from Facebook where you have to manually add or remove products which can be tedious and time consuming.

It’s important that you put your best foot forward, so make sure you make use of the Shop Spotlight feature which will allow you to pick five of your bestselling or newest products to promote on a carousel. If you have more than 50 products, make sure you select the ones you think will drive the most engagement, clicks, and brand awareness for your Twitter Shop.

All in all, it shouldn’t take you more than a few minutes to get started with Twitter Shopping, but it’s important you take the time to perfect your store in order to get maximum exposure and results.

For the first time, Twitter is branching out into social commerce which means you’ll need to factor it into your strategy, but the automated nature of the Shopify partnership means it won’t be as time-consuming as some other types of social commerce. Whilst businesses outside the US won’t be able to reap the rewards of the collaboration just yet, it’s a good idea to keep your eyes peeled and listen for updates on how the roll out is going.

As Shopify’s Managing Director, Shimona Mehta, noted, brands need to ensure they’re doing everything they can to connect with customers, wherever they are, and that includes Twitter. Social commerce is a driving force behind this, and the collaboration between Shopify and Twitter is sure to amplify the revenue potential for businesses and the ease of consumerism for customers.

Megan Taylor is a Content Writer & Editor here at the Brains, forming an integral part of our amazing content team. Megan works alongside our other content Brains to write bespoke SEO and marketing copy for our clients, also working in tandem with other departments to ensure our clients achieve favourable results across the board. When Megan isn't busy writing blogs and landing page content, she can be found creating embroidery and pottery masterpieces at home.
← AI & SEO: Can Artificial Intelligence Help Boost Website Rankings? TikTok introduces new ‘Attribution Manager’ to improve ad performance tracking →